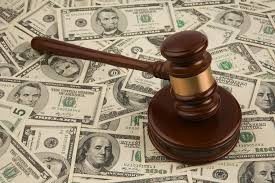 COST OF A DUI LAWYER

COSTS OF A DUI LAWYER

One of the most commonly asked questions in deciding whether to hire a DUI Lawyer is “How much does a DUI Lawyer cost?” The answer to this question is complicated because the cost depends on the complexity of the California DUI case.

For instance, a simple first offense DUI charge will be less costly than a DUI charge that has additional enhancements, such as an extremely high blood alcohol level, an accident or a hit and run as these types of allegations can have increased punishments, some of which included jail time.

In lower blood alcohol cases, the desire for a reduction or dismissal is heightened, and thus, there is often much more work involved to obtain the reduction or a dismissal. Additionally, the expectation to prevail at the D.M.V. Administrative Per Se (A.P.S.) hearing is also increased when the blood alcohol level is close to 0.08%.

Remember, you only get one first offense DUI. Therefore, the reasons to “fight” the charge are that much more significant. Hiring the most experienced and best qualified California DUI defense attorney can mean the difference between a DUI conviction, a dismissal or a reduction.

The internet has changed the way attorneys get cases.  In the good old days clients would seek out referrals to attorneys who specialize in DUI Defense.  Now, many people would rather go to the anonymous internet rather than telling friends or associates about the trouble that they are in.  This has lead to the proliferation of organizations with clever names who nominate anyone who will pay to become a member of that “Organization”  and award that payment with a badge that can prominently be displayed on an attorney’s website to give the impression of experience, competence and recognition.  State Bar Associations around the county are looking into the appropriateness of this kind of promotion.  Anyone looking to hire a DUI Lawyer should check into how long they have practiced, whether they have any discipline against them and wether they have received recognition by their peers.   You should  compare attorneys and their experience.  See Mr. Simons’ extensive resume of cases, lectures and education.

Many firms have begun advertising campaigns offering representation at lows costs, such as $695.00 for DUI Defense.  What these advertisements do not tell you is that the fee only covers an appearance at an arraignment and if you want to plea not guilty, the fee increases substantially.  If you want a DMV hearing, you can expect to have to pay another additional fee.  If the fee sounds too good to be true, it probably is and probably will not only end up costing you more money, you will likely not get the best result.

The DUI Lawyers at the Law Office of Barry T. Simons do not engage in “bait and switch” tactics.

Low cost and quality representation rarely go hand in hand. DUI defense attorneys who advertise low fees  are primarily selling themselves as a low cost alternative, it means they are either not as well qualified or they will spend much less time on the case than is required.  Unfortunately, this is all too common in DUI cases.

Compare the costs of having a competent, experienced and respected team of DUI Defense Attorneys with the DUI Penalties you face for your respective DUI offense as the penalties vary greatly depending on the number of prior DUI and/or alcohol-related offenses you have and the county in which the case will be heard or decided.

If you were arrested for DUI in California, contact the DUI Lawyer who writes the Book on California Drunk Driving Law.  Call: 949-497-1729

Find us on Google+